Alpine Finishing School – Getting There and Day 1

When SheJumps Executive Director Claire Smallwood told me about and invited me to the “Alpine Finishing School” in British Columbia, I felt so incredibly lucky that I actually didn’t believe it. I even asked Claire if she was serious about inviting me – when she said “yes,” I dropped the questioning and tried to maintain my “cool” so as not to blow it! HA! By mid-March, the plans were finalized and details started rolling in from Claire and our volunteer guide, Anne Keller. Anne is only the 6th AMGA certified female ski guide and, just like her dual citizenship, is certified in Canada through the ACMG – 1st female ever! She is also funny, loves classic and hard rock, and is a ripping skier.  We were going to be skiing out of the Selkirk Lodge near Revelstoke – which added to the all-female component of the trip – the lodge is run by sisters, Grania and Reinet, and the heir is Grania’s daughter, an ACMG assistant guide, Kate.

On Friday, April 13th, 4 of us met from various locations in the Seattle airport to fly to Kelowna, BC.  Emily Polar, who had generously offered to photograph the trip free of charge, came in from San Francisco. Ashley Magnusson, who I’ve known for a few years now, came in from Vail, CO. Sandra Lahnsteiner, a freeskier responsible for the all-female ski film “As We Are,” came all the way from Austria! We all shared a love for the mountains that was apparent when our first view of the North Cascades sent us all clamoring for the window.  Arriving in Kelowna, we were short two bags and were forced to stay there for the night instead of heading to Revelstoke immediately as originally planned. Turns out there was a reason for us to stay because the bags showed up with Lynsey Dyer at midnight and, after a little negotiation, we were able to score a free upgrade to a gigantic diesel truck the next morning. We were finally off to Revelstoke… after some forgotten ski boots, some lattes, a tarp to cover our luggage from the rain, and a few impromptu stops to gather large rocks to secure the tarp… luckily, Anne had the brilliant intuition to delay the heli lift a few hours. 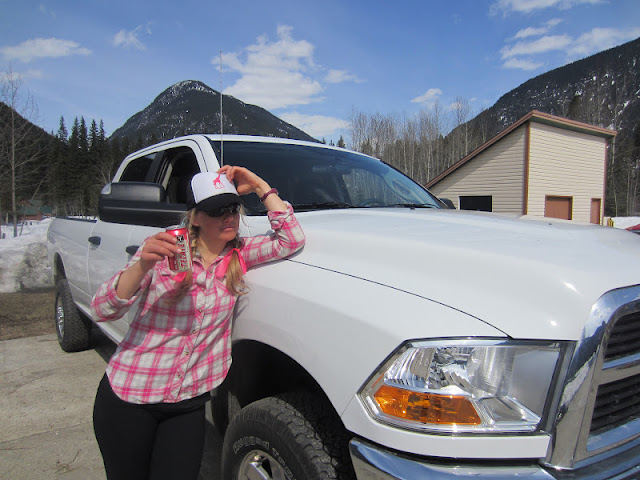 Meeting up with the rest of the crew at Anne’s house, including Claire, Nat Segal, Hannah Whitney, and McKenna Peterson, our bags exploded and we frantically repacked for the heli to the lodge. We also met Michelle Smallman, who would be joining us as an assistant guide bringing a wealth of knowledge from her years as a heli guide and NOLS instructor. We flew out to the lodge about an hour later, leaving the rainy heli pad for the snowy high alpine near the lodge. It was dumping and I was pumped. Surrounding me was the most snow I had seen this season! 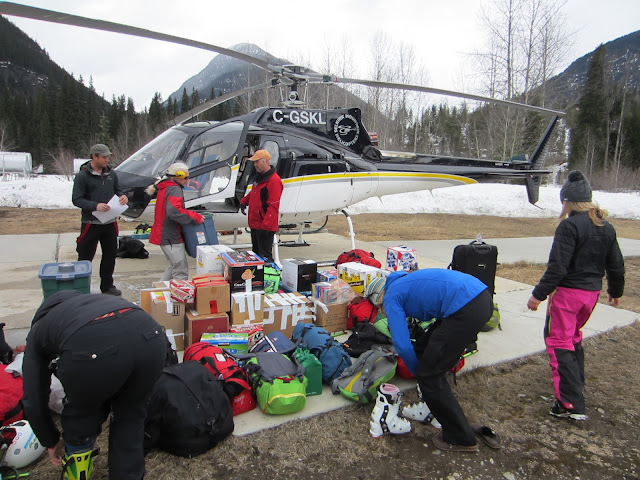 Prepping gear for the heli load 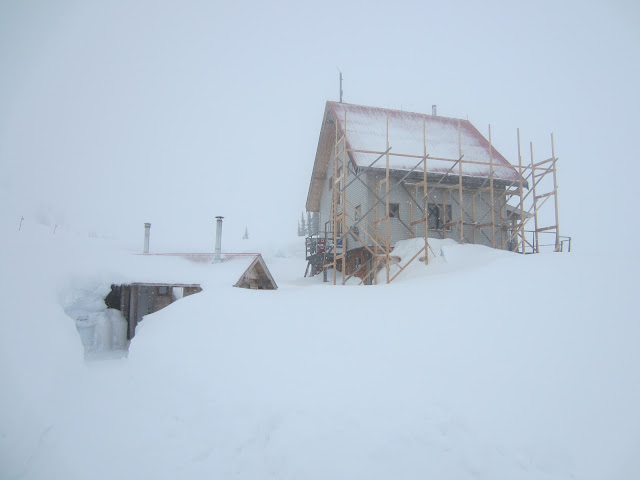 We settled in a bit and then headed outside to practice some avalanche rescue techniques. Testing our beacons, we learned the ins and outs of different kinds of beacons. We also learned a new probing technique and how to team shovel more effectively. We used this technique on the buried sauna.

We spent the evening talking about our experience in the mountains and our goals for the week. The group was impressive – at both skiing and talking! Probably one of the  noticeable results of having 14 women in a room! Everyone’s path to skiing and this lodge was impressive – and everyone’s goals were lofty. I felt like I just found 13 awesome ski buddies and I wanted to instantly invite them on all the trips that have been swirling in my mind for the past few years.

While eating the first of many delicious meals prepared by the multi-talented Claire, we learned about the lodge sanitation and water supply system and the associated chores. Simplistic, but efficient, we “mined” snow from an area filling buckets and tamping the snow to consolidate it. Sandra and I loved this job and her ski coach persona emerged when we did it.  Hearing her yell “TAMP THAT” or “THAT IS NOT GOOD ENOUGH!” in her Austrian accent was both excellent motivation and entertainment. When all was said and done, we were exhausted, but incredibly excited for “school” to really start! 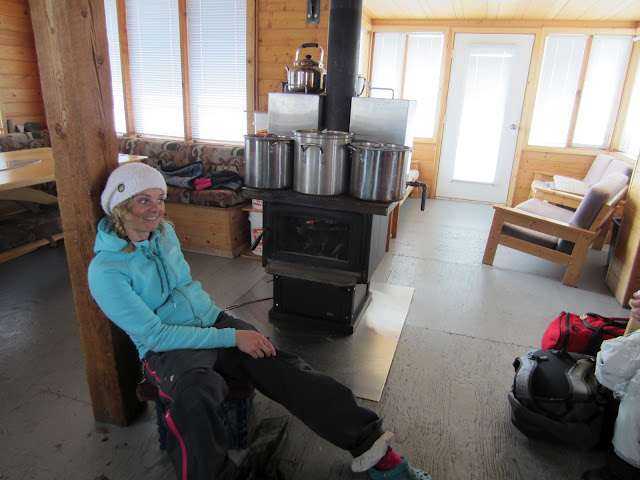 One response to “Alpine Finishing School – Getting There and Day 1”