Meghan Kelly has played sports with unbridled passion her entire life. In her youth, she excelled in team sports before falling completely in love with skiing powder in the Western US. Since 2006, she’s been pushing to progress women’s and telemark skiing by chasing freeskiers on alpine gear around her home resort of Kirkwood, California. She also has ventured extensively into the Sierra Nevada backcountry, skiing many of the peaks greater than 4,000 meters in the range. She began competing in big mountain competitions in 2011 and threw her first backcountry backflip that year. She’s been building on this success adding new tricks to her repertoire, checking off bigger and new descents, and traveling the world in search of steep runs in beautiful places with great people. She resides in Lake Tahoe and when she is not skiing, she works as an engineer and scientist to help protect the lake. In March 2015, she became the lucky mom of triplet boys! 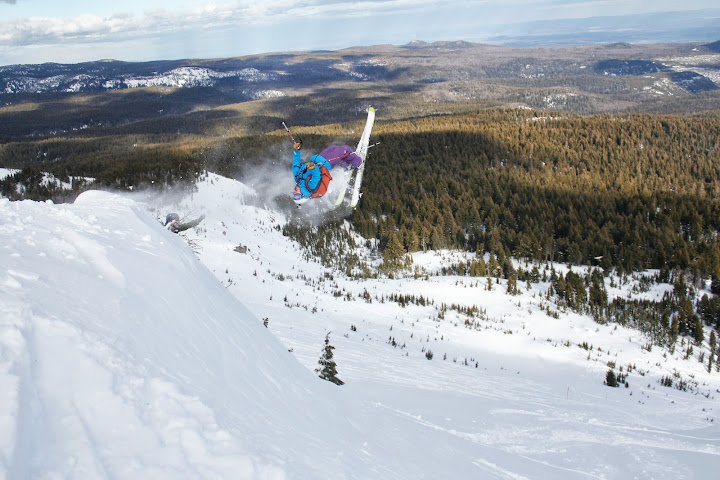 Photo by Lynsey Dyer, Selkirks, BC

5 responses to “About Meghan”