Back in Nairobi to change out my clothes, I caught a matatu the next morning to meet back up with Jen, Judi, and Cindy in Kilgoris, where they had a Zawadisha group of Masai women called the Upendo group. Upendo means “love” in Kiswahili and I would soon understand why the group was called this. I sat in the front of the matatu and the driver was remarkably safe by Kenya standards. As a result the trip took almost 6 hours, but I was alive and starting to get the hang of traveling on my own in Kenya. 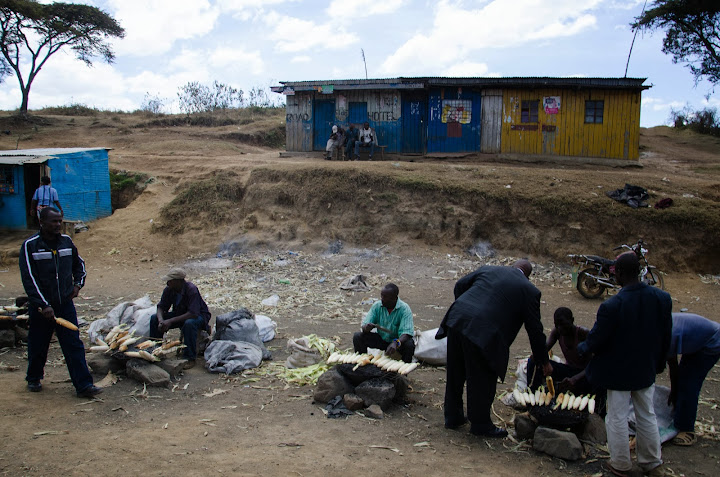 On this trip, I met the first Kenyan to say that the president was very good and not corrupt, which I thought was interesting. During our short time in Nairobi, the front pages of all the papers showed President Uhuru Kenyatta on trial at the International Criminal Courts in the Hauge. He was charged with having people killed in the opposing campaign. I didn’t have a lot of time to read up on it, but at least 10 Kenyans had told me how corrupt their government was. I did take some time to read about Kenya’s first president, Jomo Kenyatta, and some of his successors and there was quite a hint of corruption through power and land consolidation. There were tumultuous times in this relatively new democracy and comparatively, the past 2 presidents were quite an improvement from the previous one. In 1997 I was here during one of the most corrupt regimes in Kenya’s history and I was none the wiser. As a teenager I thought Kenya was all about lions, cheetahs, and elephants, but as an adult, I couldn’t help but think about the living conditions of the local population. Still, apparently the middle class is growing in Kenya, while it continues to shrink in the United States.

En route to Kilgoris, we passed through some very dry and dusty agricultural lands which felt like what the dust bowl might have looked like. Locals said there was less rain this season so far. We climbed up a hill and out of the rain shadow and into an area known for tea plantations. Kenya is one of world’s biggest tea suppliers and the area was lush and green. A light rain started to fall that stopped as we reached Kilgoris and I hopped on a motor bike to the convent where we’d be staying. I was looking forward to meeting back up with Jen, Judi, and Cindy and having a short retreat within a familiar Catholic compound. I found the convent and was shown my room, which reminded me of my days at middle school basketball camp. Jen, Judi, and Cindy hadn’t arrived yet, so I headed out for a long walk to take some photos, stretch my legs, and check out the surroundings. As I left the gates of the convent, I saw a large group of school children leaving school. They were quite surprised to see a “Mazungu” (white person) in their neighborhood and so they proceeded to walk with me for the next 15 minutes. Every once and a while one would get the courage up to talk to me in English and it would send the rest of them into fits of laughter. Despite the general feeling of being laughed at instead of laughed with, I enjoyed their company and had friendly greetings with many of the other locals on my hour long walk. 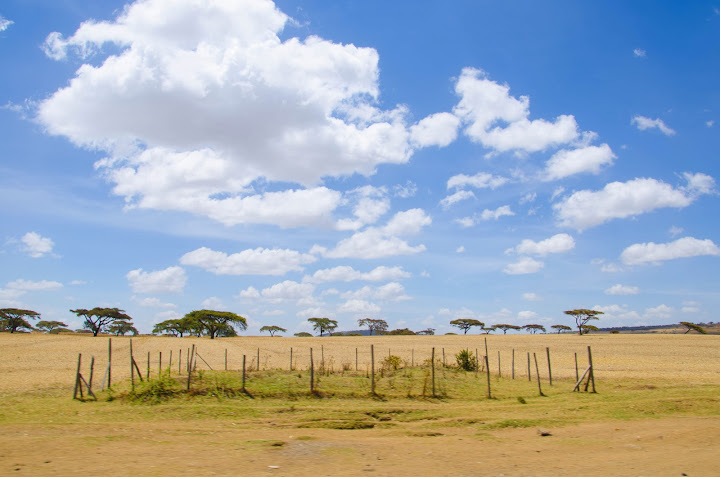 Classic Africa views on the way to Kilgoris 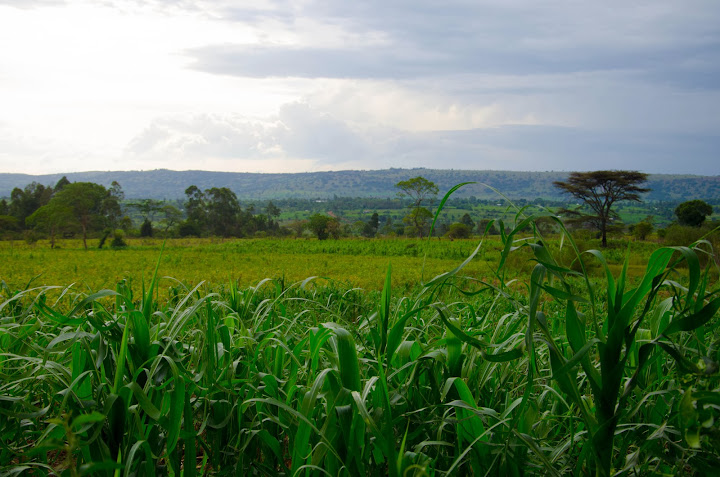 When Kenyan children first learn English, they are taught the phrase “How are you,” much like we’re taught como estas in Spanish class. So as I walked past plot of lands, I’d hear children yell out “HOW ARE YOU!” and I’d respond, “Good, how are you!” and then they’d respond, “FINE, HOW ARE YOU!” and thus began the possibly never-ending “how are you cycle” as I called it. It was definitely good for a few laughs!

When I returned, the others arrived and we observed a beautiful African sunset and sat down to dinner prepared by the sisters. We met 2 other Americans staying at the convent who happened to be University of Michigan graduates! They were working locally on project called “World e-Reader” which provided e-books to local people accessible via a mobile phone and also kindles which are provided to schools. There are so many projects in Kenya which is why the legitimacy of the government is so important.

Sunset at the convent

The next morning, we set out to visit businesses run by Zawadisha loan recipients. This would be my first time following Jen, Judi, and Cindy around on their tour. We headed up a crazy dirt road and marveled as our driver made it in his 2-wheel drive sedan to Mororo’s maize distribution warehouse. We were greeting warmly by Mororo and friends who were dressed in traditional Massai garb. Mororo spoke proudly about her business and was excited to increase her loan amount and maize stock. I took some photos and the women were amused that I took a photo of their dog and asked me to also photograph their donkeys. I was not quite in on the joke, but it was still hilarious to see them laugh in delight as I photographed the donkeys. After the visit, we were given tea and andazis which were delicious and headed out with Evelyn to check out her shamba (small farm) that Zawadisha helped support. Evelyn is a local school teacher and so her English was great. She talked about her farm, her improved quality of life, and also how, this year, the rains haven’t come. There was no irrigation in this region and the success of crops were dependent on rain. Lack of rain also put additional financial stress on families as water was often collected for drinking and cooking. 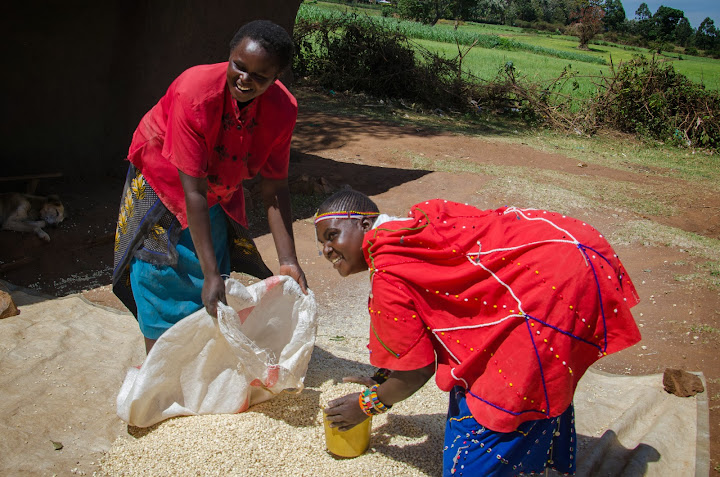 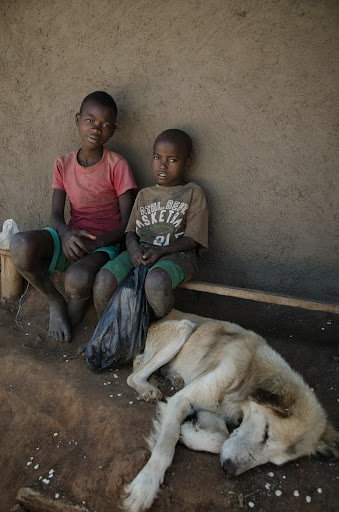 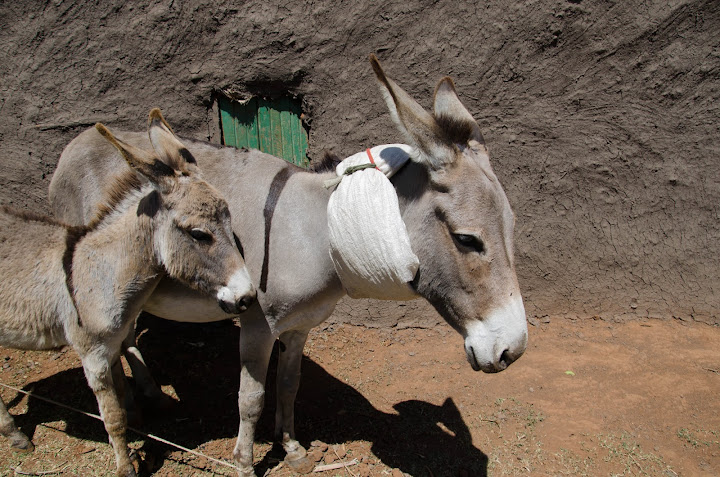 Can you believe I took a photo of these donkeys? HILARIOUS! 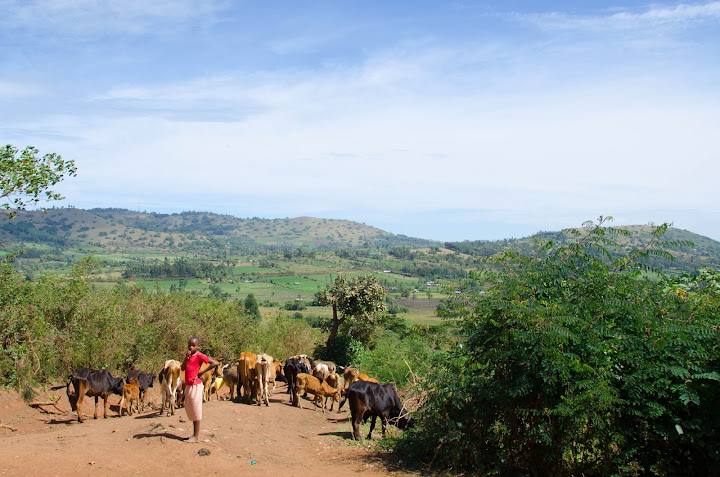 The scene in front of Mororo’s 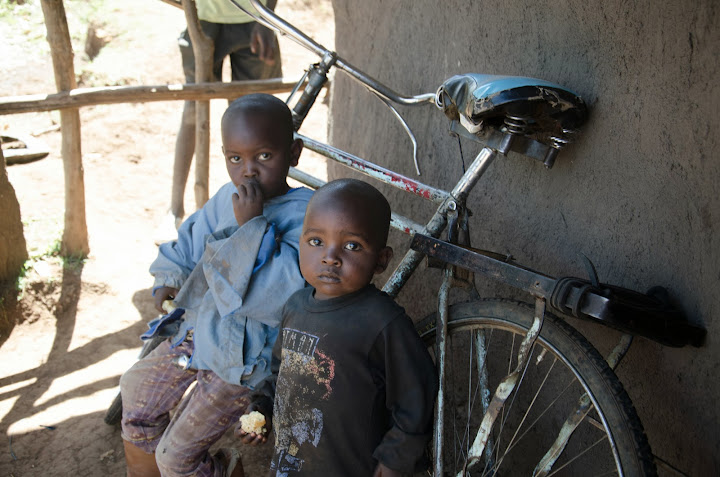 The scene outside the “hotel” where we had tea and andazis. 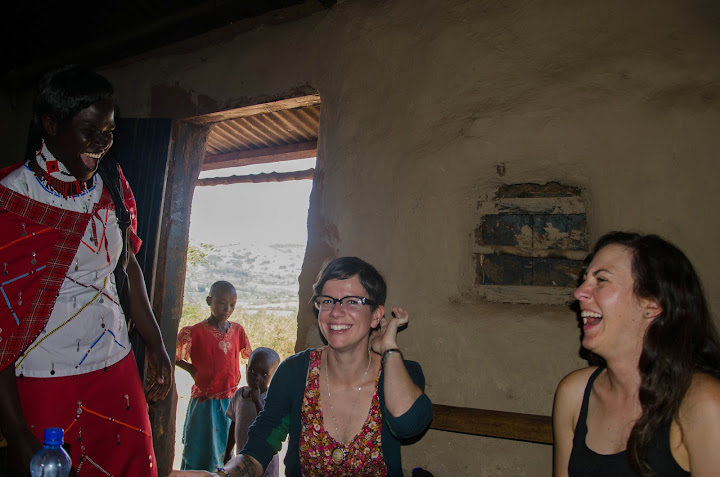 Evelyn made a hilarious joke!

Our next stop was to meet up with the entire Upendo lending circle at a home of one of the members and do a seminar on empowerment and have lunch. When we arrived, the women welcomed us with a song and dance and took our hands leading us into their world. It was so incredibly moving that I had to put my camera away to fully engage. I was able to shoot some video and a few photos. Here is a video of the Upendo group welcoming us.
greeting
We piled into the living room area of the home and Jen and Cindy began the day’s workshop. Again, the women were so happy to receive the help from Zawadisha. They talked about the importance of family, a house, animals, clean water, and a farm. The needs were different than the Nairobi group, but so similar throughout the Upendo group. There were many smiles. After lunch, they had another song and dance for us and then gave us traditional Massai bracelets with our names on them. I exchanged emails with one of the daughters and I do hope she writes me. It was an incredibly moving day of warmth, happiness and celebration. Unfortunately the leader of the group was very ill at the time of the meeting. We all made a pilgrimage to her house and prayed for her and visited with her, but we learned that she passed away no more than a week later from pancreatic cancer. The condition we saw her in provoked deep thoughts about end of life care for people in poverty versus wealthier developed nations. It was a heartbreaking end to an inspiring day. 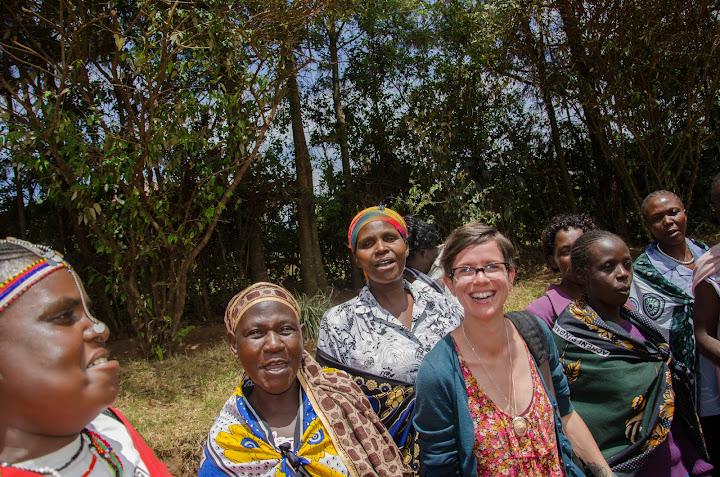 The welcome from the Upendo group 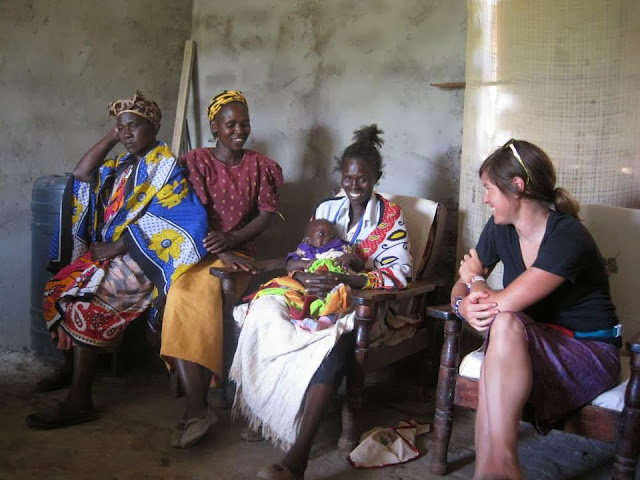 We were sad and thoughtful at Lorna’s home, but this baby made us smile. (photo by Judi) 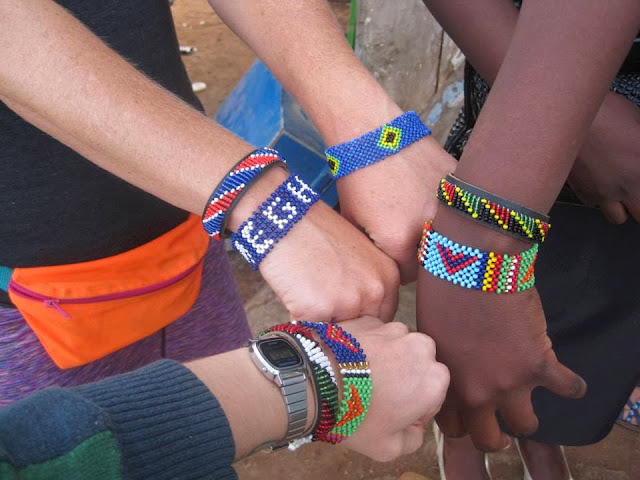 Our new bracelets. Thanks Upendo!