I went into this summer with the goal of learning to sail. I’ve always been in love with boats, water, and the power of wind, so it felt like a skill I needed to learn, especially living near Lake Tahoe. Add to that our upcoming expedition funded by the Polartec Challenge Grant, learning to sail, or at least crew a sailboat, became more urgent. So I contacted my friend Will and he was able to set me up with a talented captain named Steve, the rear commodore of the local yacht club. 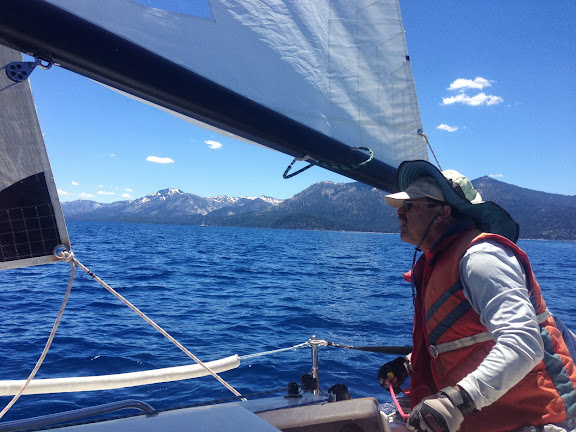 Captain Steve at the helm. Steve can sail the boat right out of the Tahoe Keys.

And so my education began in June. The first thing you have to learn when you sail is to avoid the boom and don’t fall off the boat. My athleticism has helped me with that, though I’ve had a few near misses with the boom. My first day on the boat, Lake Tahoe looked like the Bering Sea, so I passed the test of staying on the boat. 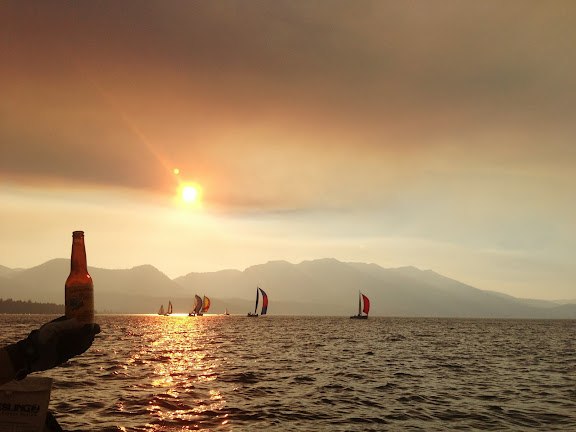 Wednesday night beer can races are supposed to be for fun, but can also be quite competitive and exhilarating

The next hurdle was to understand the archaic sounding language my fellow sailors were shouting back and forth! “We’re going to weather,” “ready to tack?,” “helms alee,” “douse the jib,” “jibe-o,” and the list goes on and on. “Those aren’t ropes, they’re sheets!” “No, blow the vang, not the twinger!” One of the coolest things is realizing the influence sailing had on English linguistics “3 sheets to the wind” and “keel over” or “even keeled” for example. I have to admit, this one is a work in progress. 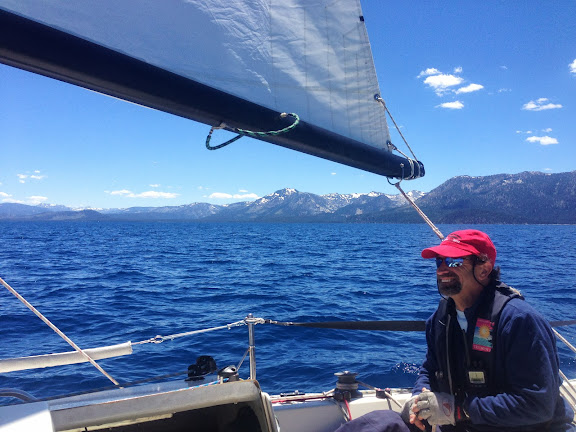 Jeff is a great floor decker, but he also can trim the sheets.

My mentors have told me sailing is a lifelong pursuit but that overwhelms me so instead I think of the incredible strides this summer thanks to their patience and willingness to teach. Making headway you might say! 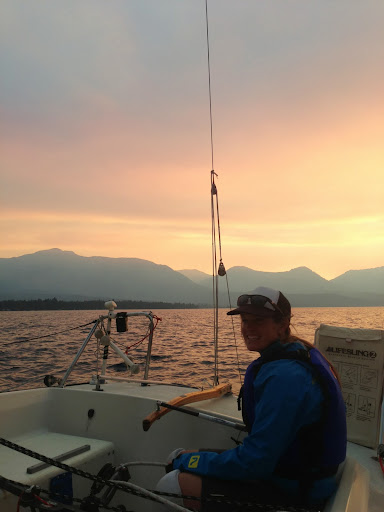 They even let me drive the boat sometimes! Batten the hatches!

Tonight I’m sailing in the beer can race and this weekend I’m actually headed to San Francisco to watch the top sailors compete in the America’s Cup. Once you understand sailing tactics, the races are quite exciting!